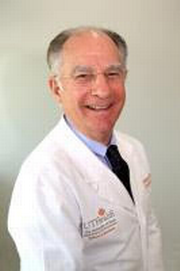 Dr. Gallerano was valedictorian of his class at Louisiana State University Dental School in New Orleans in 1972. He served in the U.S. Navy as a Dental Officer for two years immediately following graduation. After his honorable discharge, he enrolled in the Orthodontic Residency Program at the University of Washingon in Seattle, where he earned a Master of Science Degree in 1976. His thesis analyzed mandibular anterior crowding in 10-year post-retention cases, utilizing the UW sample. He subsequently moved back to Houston, where he has since been in private practice.

The American Dental Association, American Association of Orthodontists, and state and local dental societies have been a part of his professional affiliations since he was eligible to belong. He served on multiple committees and held multiple offices in the local society, and also been actively involved in the Bayou City Orthodontic Study Club since its inception in 1981.

From 1989 to 1994, he served on the AAO Council on Scientific Affairs. He has won numerous awards for clinical cases in the '"Texas Tweed" study club, and served as its president during the name transition to "Texas Orthodontic Study Club" in 2005. He has given presentations to that study group and also to the Southwestern Society or Orthodontists. He have given presentations before the Greater Houston Dental Society and the AAO national meeting. Dr. Gallerano was invited to be an adjunct board examiner for the American Board of Orthodontics in both 2007 and 2008.

Dr. Gallerano joined the UTSD Orthodontic Department faculty in 1991 at the request of Dr. Dan West, the department chair at the time.  Dr. Gallerano is currently a clinical associate professor, being responsible for both lecturing and clinical case management with first- and second-year residents. He has directed the Ten-Year Post-Retention Case Presentations since their inception in 1997. His areas of teaching interest are diagnosis and treatment-planning, cephalometrics, post-retention cases, mixed-dentition treatment, Class III treatment, and use of cone beam CT scans for impacted teeth.