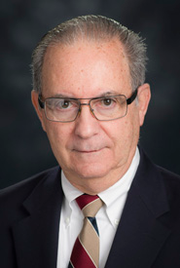 Dr. Beetar retired in December 2019 as a clinical professor at UTHealth School of Dentistry at Houston in the Department of Restorative Dentistry and Prosthodontics after serving on the faculty since 1975. His focus was on undergraduate clinical and preclinical dental education, primarily in removable prosthodontics.

He developed a continuing education course in general dentistry for Spanish-speaking dentists from Latin America that became the school's longest-running CE course at 28 years. Dr. Beetar was awarded the John P. McGovern Outstanding Teaching Award multiple times, most recently in 2017. He also contributed to preclinical curriculum development and faculty mentoring.

The University of Texas awarded him the honor of "professor emeritus" in April 2020.