Due to a boil water notice, UTHealth Houston School of Dentistry and UT Dentists are rescheduling all morning appointments for Tuesday, Nov. 29. If you have an appointment scheduled before noon, we will contact you soon to reschedule. We apologize for any inconvenience. 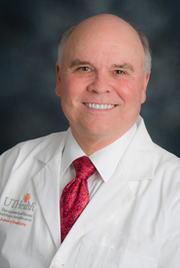 Dr. S. Jerry Long, is a 1966 graduate of The University of Texas Dental Branch, now known as UTHealth School of Dentistry at Houston (UTSD). He began his professional career in the U. S. Air Force before returning to Houston, where he practiced dentistry successfully in the Texas Medical Center until his retirement in 2012. During that time, he was a leader in organized dentistry at the national, state, and local levels.

Upon his retirement, Long became a volunteer consultant in the PACE Center at UTSD, advising students, residents, and recent graduates on career development and practice transition. In addition, he is a part-time clinical associate professor in the Department of General Practice and Dental Public Health and course director of Practice Management I.

His many professional awards and honors include being named UTSD Alumnus of the Year, winning the Texas Dental Association Gold Medal for Distinguished Service, being named “1993 Texas Dentist of the Year” by the Texas Academy of General Dentistry, serving as president of the Greater Houston Dental Society and on the American Dental Association Board of Trustees, where he represented Texas dentists at the profession’s national level. He was chosen for fellowships in the American College of Dentists, and the International College of Dentists.

Dr. Long and his wife, Bettie, reside in Missouri City, Texas, and have four adult children and seven grandchildren.