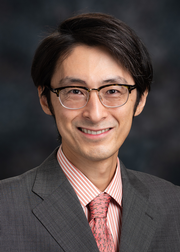 Dr. Noriaki Ono is originally from Tokyo, Japan and born in a family with a lineage of dentists and orthodontists. He graduated summa cum laude from Tokyo Medical and Dental University in 2003 and earned his DDS degree. He received his orthodontic certificate and PhD degree from Tokyo Medical and Dental University in 2007, and continued clinical fellowship in orthodontics for two years at the same institute. He became a diplomate of the Japanese Board of Orthodontics in 2008. Dr. Ono completed research fellowship in the Endocrine Unit of Massachusetts General Hospital, and became an instructor at the same institute, while teaching in the orthodontics program of Harvard School of Dental Medicine as a part-time clinical instructor. Dr. Ono spent seven years at the University of Michigan School of Dentistry, initially as a tenure-track Assistant Professor and later as a tenured Associate Professor in Orthodontics and Pediatric Dentistry. Dr. Ono was recruited to the University of Texas Health Science Center at Houston School of Dentistry in 2021.

Dr. Ono’s research focuses on the fundamental biology of skeletal stem cells, with a further scope on understanding pathophysiology of dental, craniofacial and skeletal deformities and diseases that affect millions of children and adults. His research has been supported by the National Institutes of Health since 2012.

3. Hallett SA et al. Chondrocytes in the resting zone of the growth plate are maintained in a Wnt-inhibitory environment. eLife. 2021. 10:e64513.