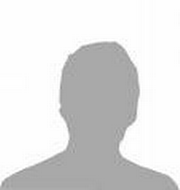 Dr. Lan received her Bachelor of Arts in Biochemistry from The University of Texas at Austin in 1993. She is a 1998 graduate from The University of Texas Health Science Center Dental School in San Antonio, Texas.  Dr Lan completed a two – year General Practice Residency at Saint Francis Hospital in Hartford, Connecticut and received her certificates in 1999 and 2000. She practiced as a general dentist form 2000-2005. In 2008, Dr. Lan received her degree (MS) in Periodontics from the University of Texas Dental Branch at Houston, Texas. Currently, Dr Lan is in private practice where she specializes in Periodontics and Implant dentistry. Dr. Lan is a member of the American Academy of Periodontology, the Academy of Osseointegration, Greater Houston Society of Periodontists, and Southwest Society of Periodontists. She has been with the program since September 2008.