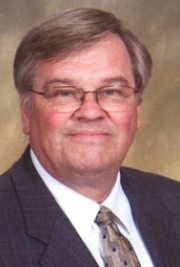 Dr. Jerry Bouquot earned his DDS and MSD degrees from the University of Minnesota, with postdoctoral fellowships to the Mayo Clinic and the Royal Dental College in Copenhagen, Denmark as the recipient of a Career Development Award from the American Cancer Society.

He holds the record as the youngest oral pathology chair in U.S. history and for more than 26 years was chair of two diagnostic science departments, one in West Virginia University and the other at The University of Texas Health Science Center at Houston. He has received more than 50 honors and awards, including WVU’s highest awards for teaching and service to humanity, and its alumni association’s Lifetime Achievement Award. He received the St. George National Award, the highest award given by the American Cancer Society for lifetime efforts in cancer control, and has been awarded the Bridgeman Distinguished Dentist Award from the West Virginia Dental Association, the Distinguished Leadership Award from the West Virginia Public Health Association, a Presidential Certificate of Appreciation from the American Academy of Oral Medicine, Honorary Life Membership from the International Association of Oral Pathologists, the Distinguished Alumnus Award from the University of Minnesota and both the Fleming and Davenport Award for Original Research and the Award for Pioneer Work in Teaching & Research from The University of Texas.

He is now a retired adjunct professor of The University of Texas and West Virginia University, and remains the director of research for his private research center, the Maxillofacial Center for Education and Research. He has been director of two of the largest U.S. oral pathology biopsy services, one of which received tissue from 45 states and five foreign countries. He has been the dental director of the West Virginia Bureau for Public Health, a Senior Visiting Scientist of the Mayo Clinic, a Special Advisor to the National Institutes of Health, an Honorary Member of Dental Informatics of the University of Göteborg, Sweden, a Gorlin Visiting Professor of the University of Minnesota, and the Oral Cancer Control Coordinator for the state of West Virginia. He has been a consultant to Pittsburgh Children's Hospital and the New York Eye & Ear Infirmary. He has been awarded Fellowship in the International College of Dentists, the American College of Dentists, the Academy of Dentistry International, the American Academy of Oral & Maxillofacial Pathology and the Royal Society of Medicine (U.K.); he has been on the Scientific Advisory Boards of four U.S. and European corporations. During his career, he peer-reviewed more than 1,500 scientific papers for more than 40 journals.

Dr. Bouquot has more than 340 published papers, abstracts, books and book chapters. His work has been translated into numerous languages, has been cited more than 6,000 times in the literature, and has been used by state and national governments to determine oral health policy. He is co-author of the most popular textbook of oral pathology, has named more than three dozen oral diseases, has been a reviewer for more than 40 medical and dental journals, and has been on the editorial boards of four international dental journals. He has presented more than 1,600 research and continuing education seminars in more than 30 countries and all 50 U.S. states, and has taught what are possibly the longest-running community-based CE courses in U.S. dentistry. His informational websites are the two most popular oral pathology sites on the internet, together getting almost 6.5 million hits annually.

American Board of Oral & Maxillofacial Pathology