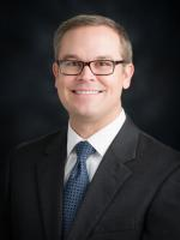 Dr. Kasper’s research applies fundamentals of engineering, materials science, and the biosciences toward the development and evaluation of biomaterial-based technologies to meet clinical needs, with a particular focus on 3D printing and tissue regeneration. He has served as a principal investigator on a research project grant from the National Institutes of Health to develop an injectable mix of polymers and adult stem cells that can spur the growth of new cartilage in injured knees and other joints. He also served as a principal investigator of a project sponsored by the U.S. Department of Defense to develop biomaterial-based approaches for craniofacial bone regeneration. Recent projects include investigation of 3D printing and biomaterials applications in orthodontics and clear aligner therapy funded through the American Association of Orthodontists Foundation and craniofacial bone regeneration funded through the Osteo Science Foundation.

Results of Dr. Kasper’s investigations have led to more than 145 peer-reviewed publications, which have collectively received over 10,500 citations (h-index of 57). He has authored 19 book chapters and contributed significantly to the preparation of the undergraduate-level textbook Biomaterials: The Intersection of Biology and Materials Science, published by Pearson Prentice Hall in 2008. Dr. Kasper is an inventor on 2 US patents.

Dr. Kasper has been recognized with a variety of awards and honors, including the Educational Award of the Americas Chapter of the Tissue Engineering and Regenerative Medicine International Society (2018), the Outstanding Bioengineering Graduate Alumnus Award of Rice University (2014), the Young Investigator Award of the Society For Biomaterials (2013), the Young Alumnus Award of the Alumni Association of Case Western Reserve University (2012), the Hershel M. Rich Invention Award of Rice University (2011), the Graduate Student Association's Faculty Teaching and Mentoring Award of Rice University (2011), and the Young Investigator Award of the North American Chapter of the Tissue Engineering and Regenerative Medicine International Society (2011). Dr. Kasper was conferred honorary membership in the Southwestern Society of Orthodontists in 2018, and he was recognized with Dean’s Excellence Awards at UTSD in the Scholarship of Application (2016), Scholarship of Integration (2017), and Scholarship of Discovery (2019). Dr. Kasper was inducted as an Honorary Member of the Mu Mu Chapter of the Omicron Kappa Upsilon National Dental Honor Society in 2020 and was recognized with the 2022 Yellen-Schoverling Award from The University of Texas Orthodontic Alumni Association. He was named an Honorary Admiral in the Texas Navy by Governor Rick Perry in 2013.

Dr. Kasper has served on the editorial boards of the journals Tissue Engineering, Parts A, B and C, the Journal of Biomedical Materials Research, Part A, and Experimental Biology and Medicine, among other journals. He maintains active membership in a variety of professional societies, including the Society For Biomaterials, the American Dental Education Association, and the Tissue Engineering and Regenerative Medicine International Society. In parallel with professional service, Dr. Kasper engages in outreach activities through service with the You Be the Chemist Challenge program of the Chemical Educational Foundation, as well as service to the greater Houston community in various capacities, including as a past member of the Board of Directors of the Association of Rice Alumni.