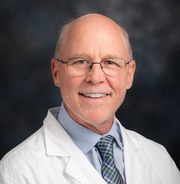 Associate Professor and Assistant Dean for Admissions and Student Services Ralph A. Cooley, DDS, joined the faculty full time in 2014 after serving 17 years as an attending in the General Practice Residency program and the DDS undergraduate clinic one day a week.

He has been involved with organized dentistry in many capacities. He is a past president of the Texas Academy of General Dentistry and served on the national Academy of General Dentistry Board of Trustees for six years, the American Dental Association's Council on Dental Benefit Programs, and the ADA's Code Revision Committee. Currently, he is a delegate to the Texas Dental Association House of Delegates, the AGD House, and the ADA House. Dr. Cooley also serves on the Executive Committee of the Dental Quality Alliance, the Code Maintenance Committee, and the National Commission for Recognition of Dental Specialties and Certifying Boards.