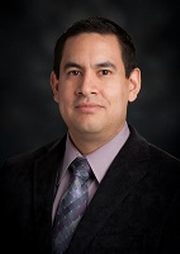 Dr. Ruben Sauceda is an Assistant Professor of SODrestorativeDentistryProsthodontics. Since Joining the faculty of the School of Dentistry at Houston, he has focused his teaching on Fixed Prosthodontics, Removable Prosthodontics and Implant Dentistry. He provides advanced instruction to Graduate Prosthodontics residents in dental Implant placement and restoration.

Dr. Sauceda received his DDS from National Autonomous University of Honduras, UNAH in 2002. Immediately after graduation he established his own dental office and practiced for four years as a general dentist. He moved to the United States in 2006 to pursue advanced training in the field of Prosthodontics at the University of Alabama at Birmingham(2006-2009). He continued his studies in Periodontology (2009-2012) and received certificates from both the University of Alabama at Birmingham (UAB) and Birmingham Veterans Affairs Hospital. Dr. Sauceda was also awarded a Master of Science Degree in the field of Prosthodontics from UAB.

He is a member of UT Dentists with practice limited to Periodontics, Prosthodontics and Implant Dentistry.