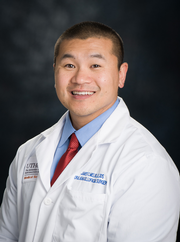 James C. Melville, DDS, FACS, is an associate professor in the Department of Oral and Maxillofacial Surgery at UTHealth School of Dentistry at Houston. He graduated from the University of Michigan School of Dentistry in Ann Arbor, Michigan in 2005 and completed a General Practice Residency at the University of California San Francisco in 2006. He completed a residency in oral and maxillofacial surgery in 2012, followed by fellowships in oral, head and neck oncology and microvascular reconstructive surgery at the University of Miami/Jackson Memorial Hospital.