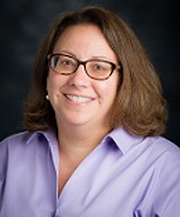 Kimberly S. Ruona, DDS, earned her dental degree at the University of Michigan School of Dentistry in 1992, returning in 1995 to begin her teaching career at her alma mater. In 1997, she was selected as a junior faculty member to participate in the Summer Institute in Clinical Dental Research Methods at the University of Washington and then returned for two years of postgraduate training in advanced restorative dentistry.

Prior to relocating to Houston in 2010, she practiced general dentistry in Port Orchard, Wash., for 11 years. During that time, she served on the Protocol Review Committee for Northwest PRECEDENT, one of three regional practice-based research networks established in 2005 by the National Institute of Dental and Craniofacial Research.

Dr. Ruona joined UTSD in 2011 as an assistant professor and was appointed as a predoctoral Group Practice Director later that year in advance of the 2012 launch of a new clinical teaching model. She completed the ADA’s Center for Evidenced-based Dentistry Advanced Evidence-Based Dentistry Course and Evidence Reviewer Training in 2013. She has served two terms as president of the UTSD Faculty Senate and was Omicron Kappa Upsilon’s Mu Mu Chapter president in 2016-17.

In 2020, Dr. Ruona completed five years of service as associate dean for patient care. Under her leadership, UTSD established a collaborative UT Physicians Community Clinic to serve patients of the school in support of its vision, “Improving Oral Health … Improving Overall Health.” The Office of Patient Care and its community outreach efforts following Hurricane Harvey were recognized with the American Dental Association (ADA) Foundation’s Tarrson Award in 2018.

She currently chairs the Judicial Committee for the Greater Houston Dental Society, one of ADA’s largest component chapters and serves as a member of its journal’s Editorial Advisory Board.

Her teaching interests include evidenced-based dentistry, comprehensive care, treatment planning, and adult restorative dentistry. She developed a popular practice management elective, Dental Insurance Management in Private Practice, that has been offered since 2012.